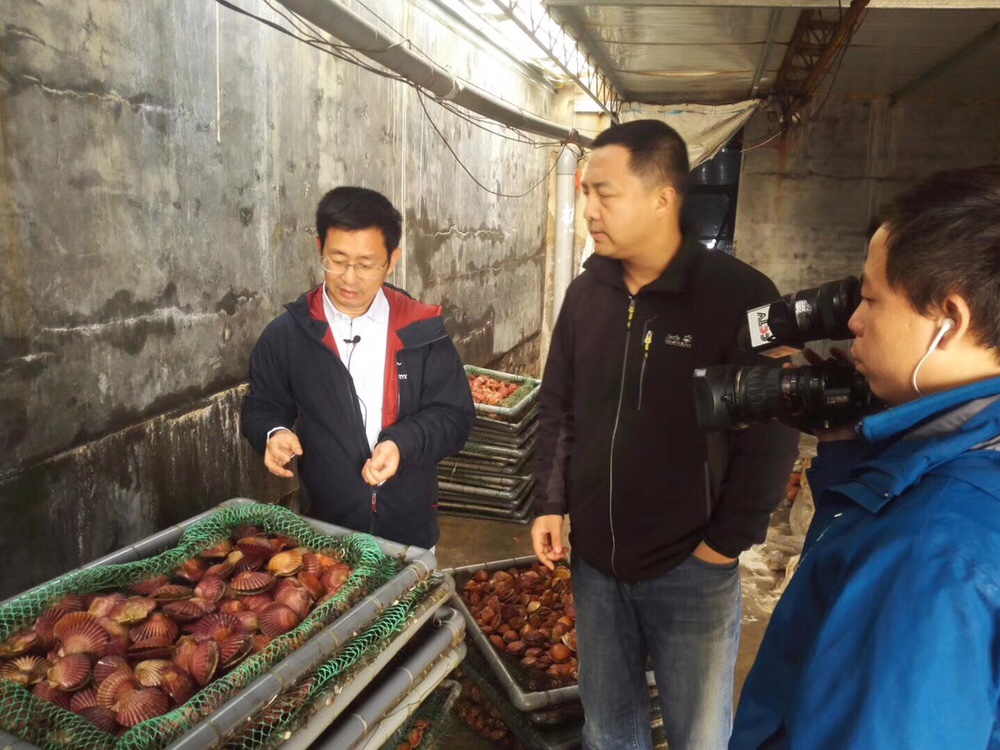 Bay scallops are the most cultured scallop varieties in Northern China, which are introduced from United States in the 1980s. Some problems occurred in the process of scallops breeding, such as high death rate, small size, which seriously hinder the development of industry. For solving these problems,the team of Dr. Chunde Wang introduced Purple scallops from Peru, and crossbred them with Bay scallops in 2007, then bred the first generation of hybrid gene for Purple scallops and Bay scallops for the first time. Starting from the first generation of hybrid gene, and self-cross breeding through several generations, the team successfully bred the first hybrid scallops strain “Bohai Sea Red”. The shells color of “Bohai Sea Red” are purple red. Compared with common Bay scallops, the weight of “Bohai Sea Red” increased by more than 38%. The team obtained the certificates of aquatic new varieties approved by China in 2016.

“QN-2” is another new hybrid scallops strain, which is different with “Bohai Sea Red” in the process of breeding. The team first crossbred Purple Bay scallops and Bay scallops, then self-cross breeding for continuous 4 generations, obtained the new strain with stable growth characters. Compared with common Bay scallops, the weight of “QN-2” increased by 45% in the same breeding condition, the shells of “QN-2” are black brown. As a whole, “QN-2” is better than “Bohai Sea Red”.

Currently, “QN-2” are mainly cultured in the sea area of Yantai, Shandong Province, and Qinhuangdao, Hebei Province. “QN-2” and “Bohai Sea Red” are the most cultured scallop varieties in Northern China, which have made an important contribution to improvement of aquaculture in China. The oversea marriage of scallops